Someone who puts up a fence wants it to be a signpost. It should indicate where – and where not – one is supposed to go.

The core of the idea of any demarcation from outside space to outside space is the attempt to hinder free physical development and is therefore always destructive. The objectification of this idea in the form of a fence is intended to manifest its seriousness and force its observance. But a fence is not an obstacle. On the contrary, the irritated view from this side to the other reveals something and, compared to the wall, is an obscenity that arouses desire. The communication of the original idea thus becomes the source of another one: The fence is an obstacle whose properties include the ability to signal its surmountability and at the same time provide a reason for this. An oxymoron par excellence. 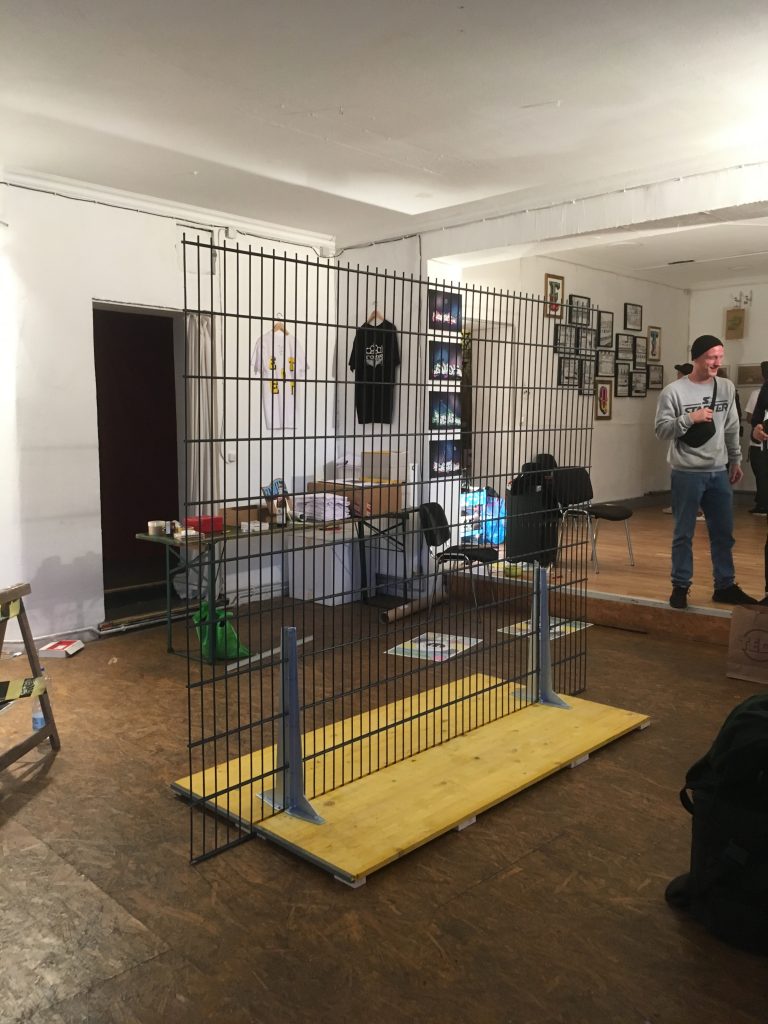 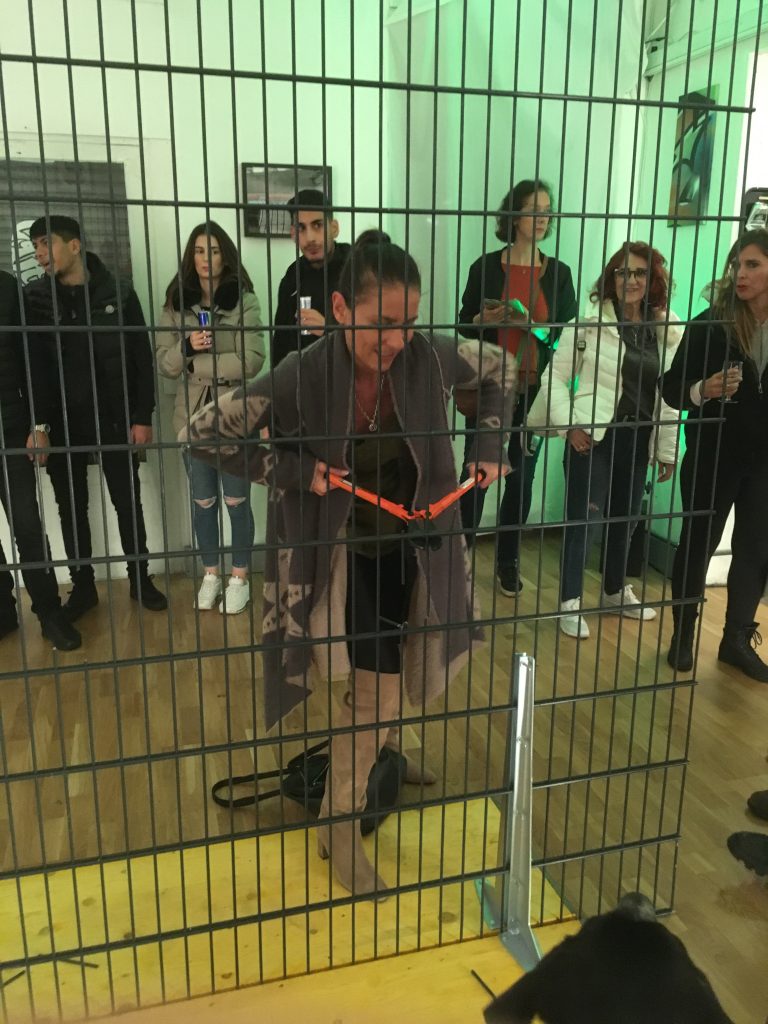 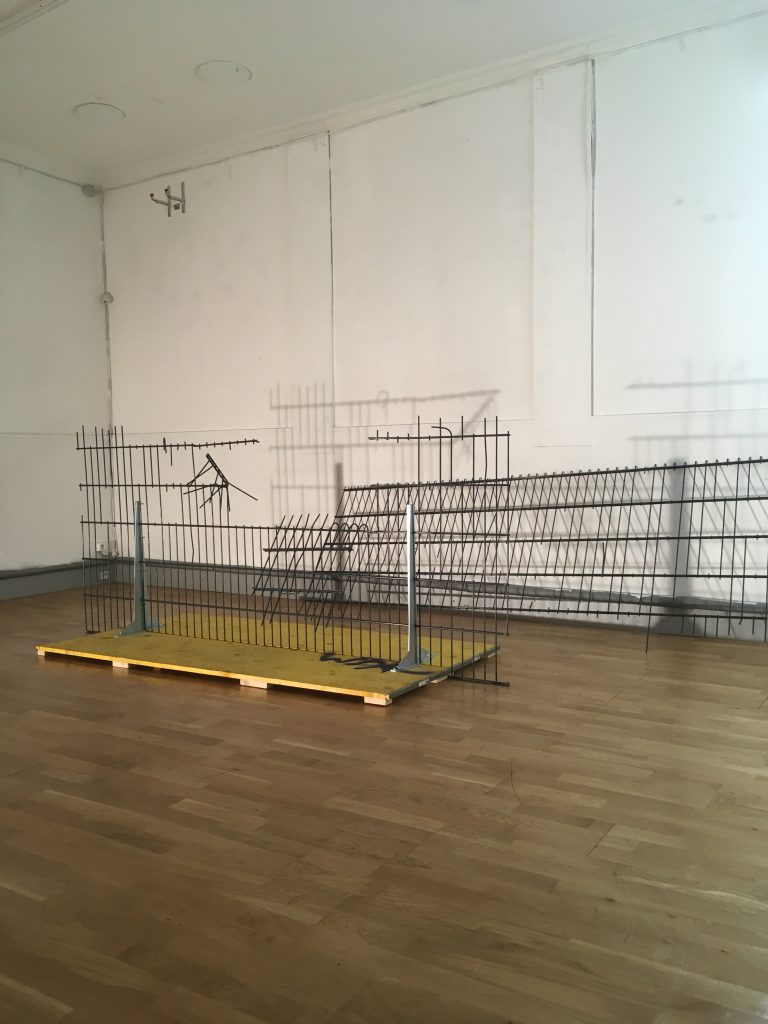 The title of the work is a reference to the first verse of the poem Der Lattenzaun by Christian Morgenstern.

The fence was set up as an interactive installation along with a bolt cutter and an invitation to get to work in an exhibition space in Schöneberg in 2019. 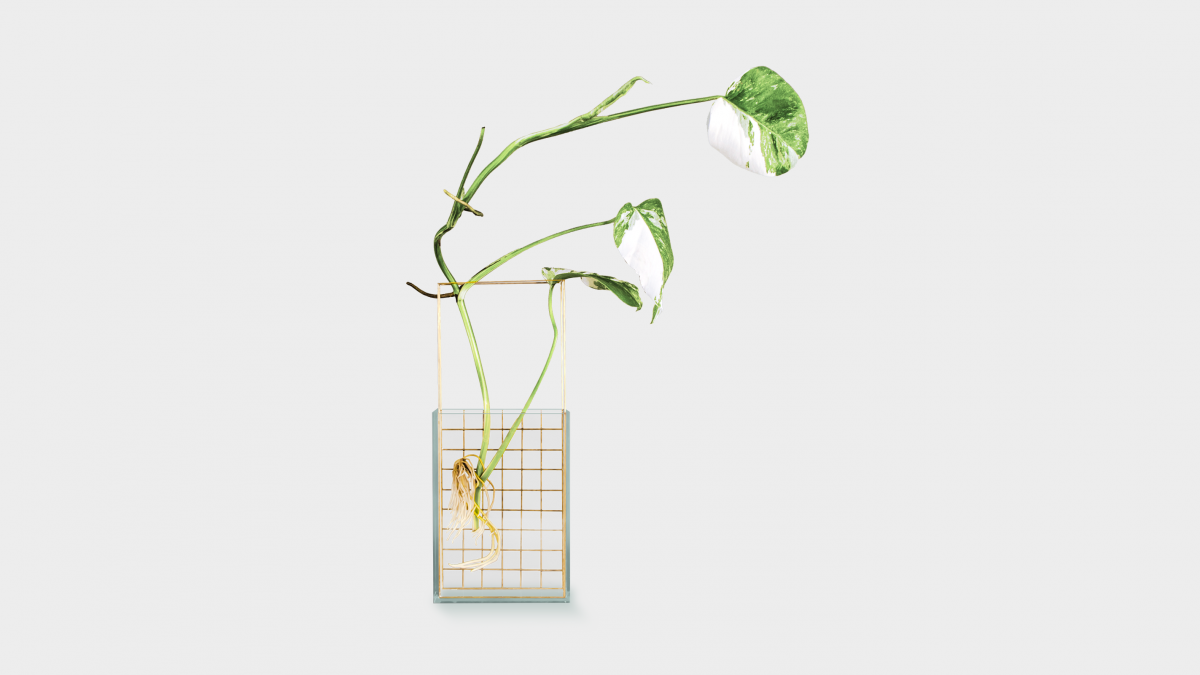 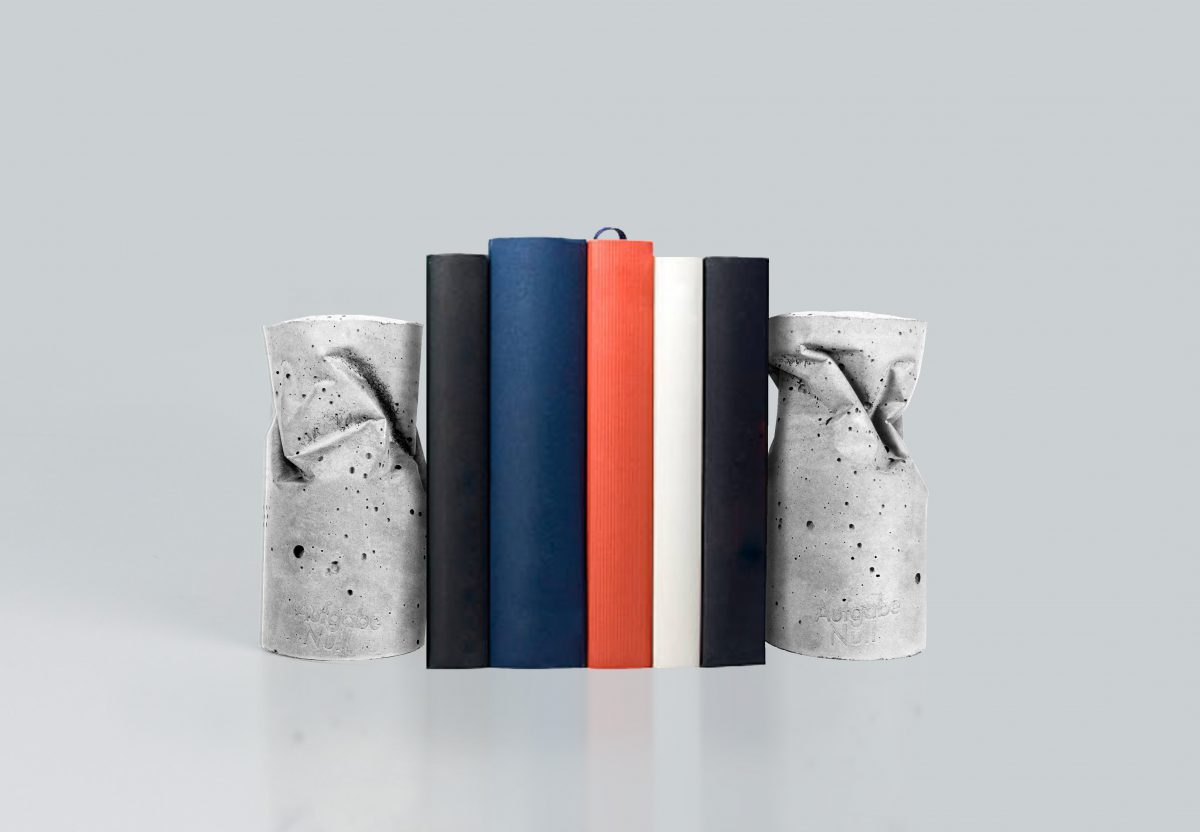 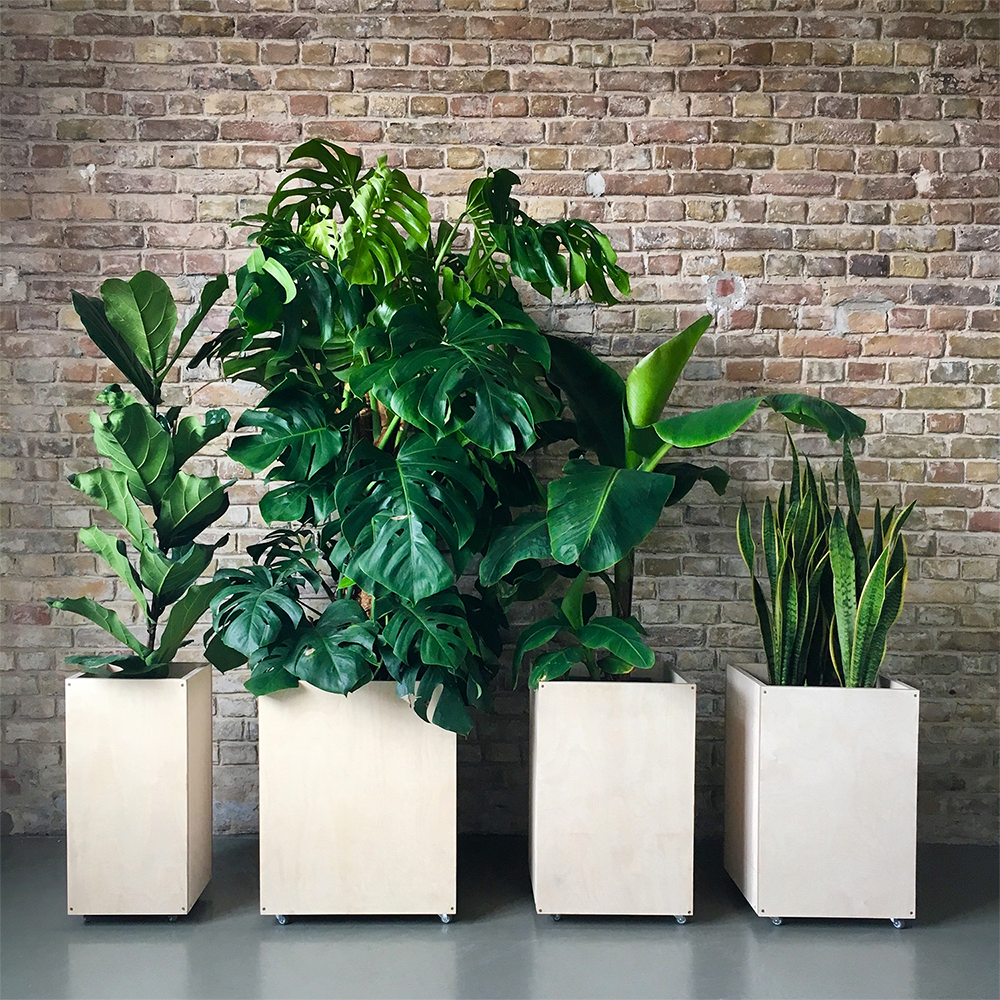